We (Bell’s Brewery) and two of our beers – Two Hearted and Hopslam – were recognized again in this year’s Best Beers in America survey from Zymurgy magazine.

Two Hearted was No. 1 in the Top-Ranked Beers category and Bell’s in whole was named top brewery.

This is the third consecutive year that Two Hearted has claimed this honor. It came in second to Russian River’s Pliny the Elder for seven straight years previously.

Hopslam Ale also placed in the top-ranked beers list tied at No. 7.

Now running in its 17th year, the survey asks members of the American Homebrewers Association (AHA), which publishes Zymurgy, to choose up to five of their favorite commercial beers available for purchase in the U.S.

“Receiving this honor once, twice even was incredible. But a third time? I am speechless and incredibly thankful to the homebrewing community and everyone who has helped make this beer what it is today,” said Larry Bell, president and founder of Bell’s Brewery.

The full Best Beers in America list—which includes complete rankings on all the top beers, breweries, and more is available at HomebrewersAssociation.org.

“Being selected as a winner for this esteemed list is no small feat. All of this year’s winners showcase exceptional flavors, expertly crafted by some of the greatest talent in the brewing industry,” said Gary Glass, director of the American Homebrewers Association. “I’d like to extend congratulations to all of this year’s winners and toast to their exemplary beers favorited by homebrewers and beer lovers alike.”

The AHA announced the results of this year’s survey in a press release.

“It is an honor to once again be awarded the top-ranking spots among so many great breweries and beers,” said John Mallett, Director of Operations here at Bell’s. “Only the best Centennial hops, a commitment to quality by the entire Bell’s team, and the splendor of our home state are all part of the beauty of Two Hearted Ale. There is one other vital component, the beer lover. We are truly humbled to be recognized by the finest palates in homebrewing.”

The American Homebrewers Association has worked on behalf of the homebrewing community since 1978 and celebrates a membership of more than 46,000 homebrewers.

The Bell’s General Store has been supporting homebrewers in Kalamazoo and beyond since the 1980s and even, predates the brewery. Larry Bell founded the company originally as a homebrew supply store in 1983.

For homebrewers interested in replicating some of the winningest beers at home, the AHA provides clone recipes in Zymurgy and online, in the recipes section of the AHA website. Clone recipes for Bell’s beers, including Two Hearted, can be found here on our website. Kits can also be purchased from the Bell’s online store. 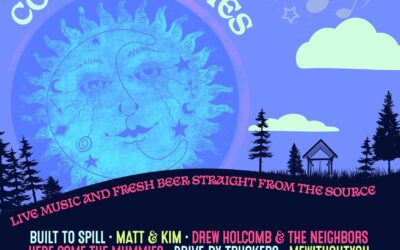